“Happy Anniversary”. This really wasn’t the kind of message I expected to receive from my ex-husband on a random morning last month, but there it was. I immediately replied: “Happy Anniversary?”

Unbeknown to me, it was the day I’d left the UK a year ago. A few weeks before that we had mutually ended things after years of continuous conflict which escalated 6 months after our wedding in January 2017. Moving from China to England the next year would be the break we needed, the magic bullet that might save our marriage. Unfortunately, that wasn’t the case, and almost a year later, in December 2018, I began realising that things were truly broken. In hindsight there were many moments in the years leading up to that where all signs pointed to the obvious, nevertheless, I put on a brave face and soldiered on because that’s what I did.

It was during the conversation that sealed our fate, where we both revealed that we didn’t love one another romantically anymore. We’d grown apart and now required different things. He didn’t want kids, while I mostly did (or at least wanted to still have the option to). His career became what seemed to me as the single most important thing to him, no matter the sacrifice, while I had come to realise that success, money and a French farmhouse table in a South West London kitchen didn’t buy you happiness. There was nothing wrong with what either of us needed or wanted, but the fact that we couldn’t give that to one another anymore was it. Why would we stay together out of fear of the unknown? Why would we deny one another a chance to be truly happy alone or even with somebody else? Despite the fact that romantic love was lost, looking back now I think it was actually out of deep mutual love and respect that we decided to free one another and part ways.

The day I left I woke up terrified about my future, but confident that I was doing the right thing. Before my ex left for the station to catch his daily train into Central London, we said a slightly teary goodbye. I do remember us having a laugh about something, because after all the misery we’d caused ourselves and everything we’d endured through 9 years together, at the core of it all we were still friends and had always managed to see the funny side of things when the dust had finally settled.

I finished packing my bags, showered and got dressed for the last time in the beautiful white house I’d hoped would make everything better. I called an Uber, waited anxiously for it to arrive and then did something I still find hard to forgive myself for – I said goodbye to my three precious cats. We’d planned for them to join me in South Africa, but as it panned out in future months, there was no way that would become a feasible reality. I looked at them sitting on the staircase by the front door, staring at me with typical cat-like judgement while I walked out of our home and into my new life.

I’d be lying if I said there wasn’t part of me that wanted to turn back, but the other 90% of me knew this was what I had to do. It was that and a phone call from one of my aunts, including the words “come home to your family and we’ll figure it out from here”, which kept me moving in the direction of the airport. I eventually boarded my flight, spent the first half of my journey cycling between crying and sleeping, landed in Addis, caught my connecting flight to Johannesburg and arrived in my old new home.

For a month after that, I spent my days practising a lot of self-love. I’d sat my folks down and explained that I wouldn’t be home forever, this was temporary but I needed time to figure some shit out. I needed a break from my life, and so the ritual of going to the gym early in the morning and then spending the rest of the day reading and sleeping on the grass next to the pool began. After a few weeks, I gradually started returning to my old(er) and wiser self again.

The funemployment soon became boring and I needed to occupy my time by doing things other than gymming, reading and tanning. I started dating and began working again. Before I knew it, I’d been back in South Africa for 3 months and things were good. I was good. Sure, I had the odd moment where I would be angry about having to start over again from scratch, but it was the fact that I was proud of myself for being strong enough to do that which kept me going. No home of my own? Cool. No car? Cool. None of my personal belongings barring the things I could fit into two suitcases? Cool. None of my household things? Cool. Hardly any money? Cool. Making it on my own and being a survivor of divorce rather than a victim, was what kept me driven.

It was then in the middle of May, while out on a terrible date which I swore would be my last for a while, when I awkwardly, unexpectedly and very happily bumped into someone I’d been on two dates with the month before. We went out again for dinner a few nights later and I’m very pleased to say we’re still seeing one another. I’ve learnt so much from this new relationship over the past 10 months, which I’m incredibly grateful for. To be honest, I don’t think I’d be able to appreciate it as much as I do now had I not been through what I had then.

I’ve since moved out of my parent’s home (much to their excitement), landed myself some solid contract work and I’m building myself up again. It’s going to take some time but I’m genuinely happy and far more at peace with where I’m at right now.

I spent a lot of time alone leading up to the end of my marriage. The lowest point for me was in early January last year, after a terrible long-distance argument between New York and London, where I spent 4 days in bed. My spirit had been broken, I was utterly alone and in crisis. Many thoughts flashed through my head during that time, and it was a few seconds after I’d imagined how life might be easier if I didn’t exist anymore, where something snapped inside of me and I realised that this wasn’t my story. I wasn’t supposed to be here and I deserved to have a happy life. The next day I got up, opened the curtains and let the light in again.

And so my message to anyone reading this is the following: No matter how shit you think things are at the moment, I promise you that you’re going to be in such a different place in a year from now. If you believe that the path you’re on isn’t for you, change direction. Whether you’re in an unhappy marriage or relationship, hate your job, hate where you live, or even need to make lifestyle changes so you get to live longer and actually enjoy doing it, you need to make the decision to make that change.

I thought for a long time that I was entitled to happiness without having to work for it, but I was wrong. 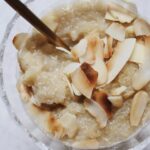