The first time I ever saw a Thermomix was whilst watching MasterChef Australia. I can’t remember what season it was, but it must’ve been around 2011 or 2012. Fast forward to 2016 and I’m standing in front of one sitting on the kitchen counter of the SideChef office in Shanghai.

Totally overwhelmed and intimidated by what I immediately called ‘The Spaceship’, I had absolutely no idea what to do next. Considering I needed to develop various recipes with it, you can imagine how freaked out I was.

After only a couple of weeks using it I was totally hooked, and the first time I really felt like I possibly wouldn’t be able to function “normally” without one in the kitchen again was when it turned florets of cauliflower into caulirice in under 10 seconds. Mind blown.

It was a genuinely sad day once I’d completed the project with Thermomix China and SideChef, because this meant that I would need to return what had now become my very close kitchen companion. This appliance, which I was once absolutely terrified to use, had made a very real impact on the way I cooked.

Fast forward another year and I’m living in England and walking through the Bentall Centre in Kingston, when I see some very familiar branding and an email address on the window of the Vorwerk store that’s opening soon. So I sent them an email, mentioned I’d worked with Thermomix before and how much I loved it, asked how I could get involved with the brand here and I got a reply! A few weeks later I was sitting in Advisor Training and here I am once again working with Thermomix.

Apart from cooking up an absolute storm following the existing Guided Cooking recipes through my Cookidoo® subscription, and being able to download hundreds of recipes via wifi to my Thermomix using my Cook-Key®, I’ve also had a lot of fun adapting recipes for it, which is exactly what I was doing during the project I worked on in Shanghai.

These incredible Dark Chocolate & Beetroot Brownies are absolutely exquisite! I made everything using the Thermomix, including the cooked beetroot and the chocolate fudge icing I smothered them with. Besides being a serious hit with adults, even the fussiest of kids will absolutely love them. Be warned though, they are very rich and very addictive! 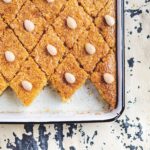 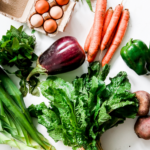 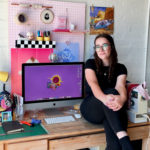 Create your dream pantry with the ultimate starter

You know that chocolate sauce that goes hard on ic

✨GIVEAWAY✨ WIN one of two copies of @sophialin

Experimenting with nut butters is something I star